Main > Blog > How To List Things In An Essay Correctly 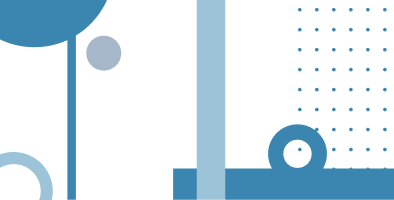 The standard structure of the essay contains an introduction, a body, and a conclusion. But sometimes, the student has to create a list of things. The student got the impression that the lists can ruin the essay’s design, structure, and grammar. It’s not like that at all.

With the help of text lists, you make your text more readable. There is often a list of subtopics of topics, lists of recommendations, stages of analysis, and subject components. When making a list, the main rule is to adhere to the rules for punctuation and grammar. When compiling lists, it is necessary to adhere to the grammatical style. Have a question about how to do it? Read our article, and you will find out about everything.

Why Add a List of Things to an Essay?

The role of lists in articles is due to the structured presentation of information. The presentation can be both in step-by-step instructions and describing the types, consequences, types, and characteristics. The structure helps the reader to scan text faster and recognize information on the page. There are two types of lists: bulleted and numbered.

What Lists to Use: Bulleted or Numbered?

A numbered list is usually used if the items cannot be reversed if it is essential to indicate their serial number. In other cases – they are marked.

Let’s look at some examples. Let’s say we are compiling a list of the ten most expensive cars globally, and we need to show the place of each of them and designate the winners. In this case, we will use a numbered list – in it, the $ 4,500,000 Lamborghini Veneno Roadster cannot be swapped with the $ 1,150,000 McLaren P1.

Another example. Here’s how to make chili con carne. We use a numbered list as it is essential to indicate the sequence:

But the list of ingredients for chili con carne can be made labeled – it doesn’t matter in what order we arrange them.

Add Formatting as You Enter Text

It becomes necessary to reformat it into bulleted or reverse order in working on the numbered text though rare. This can be quickly dealt with, literally, in two clicks. It is enough to take a piece of bulleted or numbered text and change the type of sign by clicking on the corresponding button on the toolbar in Microsoft Office Word.

When you are writing scientific text, it is worth using only one of the many types of labeled icons when available. So the reader will not lose the idea and the very essence of the presentation, which the author of the work wanted to convey to him. At the end of a particular segment of the list, press the “semicolon” key. Although this pattern only works when marking the numbering enumeration, a period is used when completing each component.

General Rules for the Design of Lists

A list is an excellent way to structure your text. Use numbered and bulleted lists in your essays to visually enrich the text and attract readers. General rules for arranging lists:

Features of Spelling and Punctuation in Lists

In punctuation, cases, and other linguistic features in the lists, each writer is his law. Whatever is being done! Meanwhile, here too, there are tips and even rules that are the English language norms. Here are the main ones:

There are several ways to distinguish sentences in lists in an authentic way using graphic symbols. Let’s consider some of them:

What Punctuation Marks Are Placed After Items in the List?

After the items on the list, it is possible to put the following signs of foaming:

A Few Nuances to Keep in Mind

If at the end of an enumeration element, you write the phrase “etc.,” it is not carried out as a separate item but is attached to the previous one. For example:

It would help if you put in your suitcase:

Don’t forget about hanging prepositions. If there is a preposition before the enumeration, it is transferred to the list’s first element.

I want to visit:

Remember to put a full stop at the end of the list.

Lists are very important for every paper. They help to make text readable and more interesting. If you hesitate about the correctness of your lists, ask for editing and formatting help. Our experts are ready to assist you 24/7.

Special Offer! Get 5% OFF Your Essay From Our Top-Rated Service.